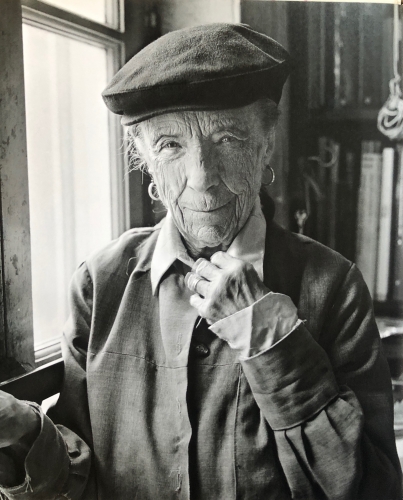 We are pleased to present Louise Bourgeois: Prints Published by Peter Blum Edition celebrating the collaboration between artist and print publisher from 1988-2004, featuring ten available prints and portfolios. Please click "Inquire" below the artwork details to contact the gallery for more information.

Louise Bourgeois was born in Paris in 1911, and she passed away in New York in 2010. Over the course of nearly a century, Bourgeois would become known for her sculptures, drawing, and prints that emerged from emotions she struggled with throughout her life. The artist's printed oeuvre, both figurative and abstract, includes subject matter she revisited across decades offering insight towards her creative process and her personal history. 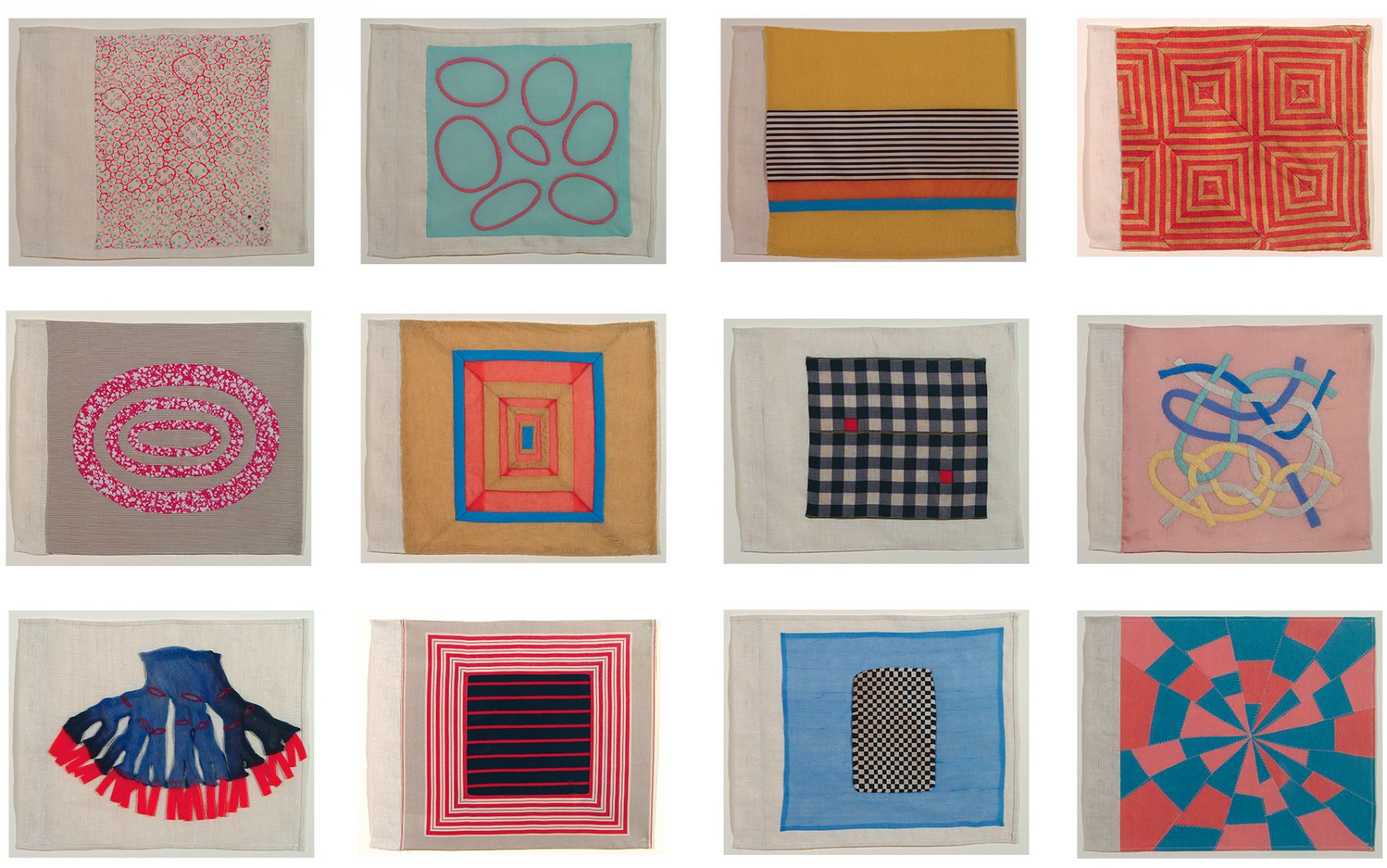 Detail of 12 cloth pages with lithography from the book, Ode à l'Oubli, 2004

"A lot of people are so obessed by the past, they die of it.
This is the attitude of the poet who never finds
the lost heaven, and it is really the situation of artists
who work for a reason that nobody can quite grasp.
Except that they might want to reconstruct something
of the past.
It is that the past for certain people has such a hold
and such a beauty..." 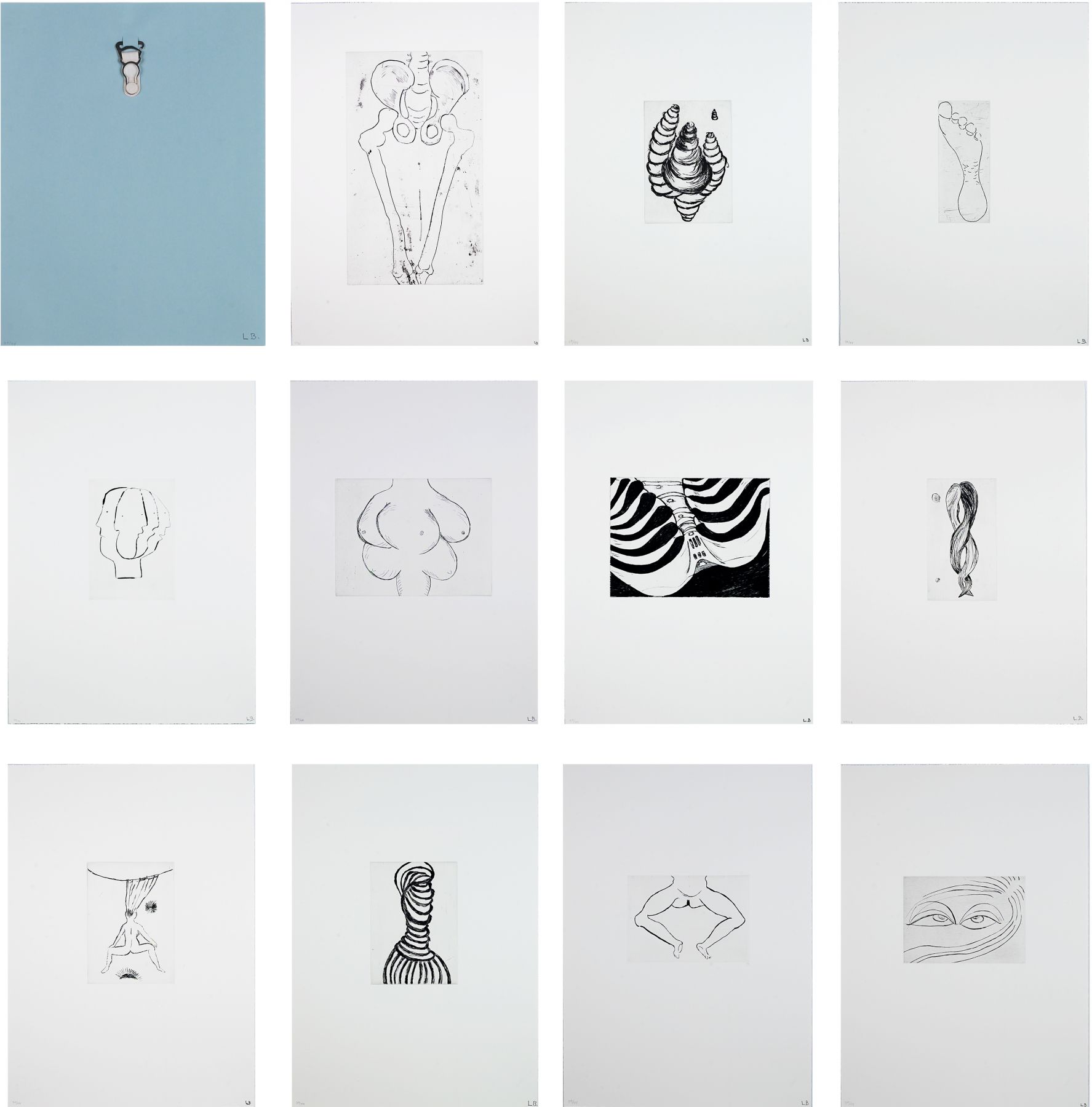 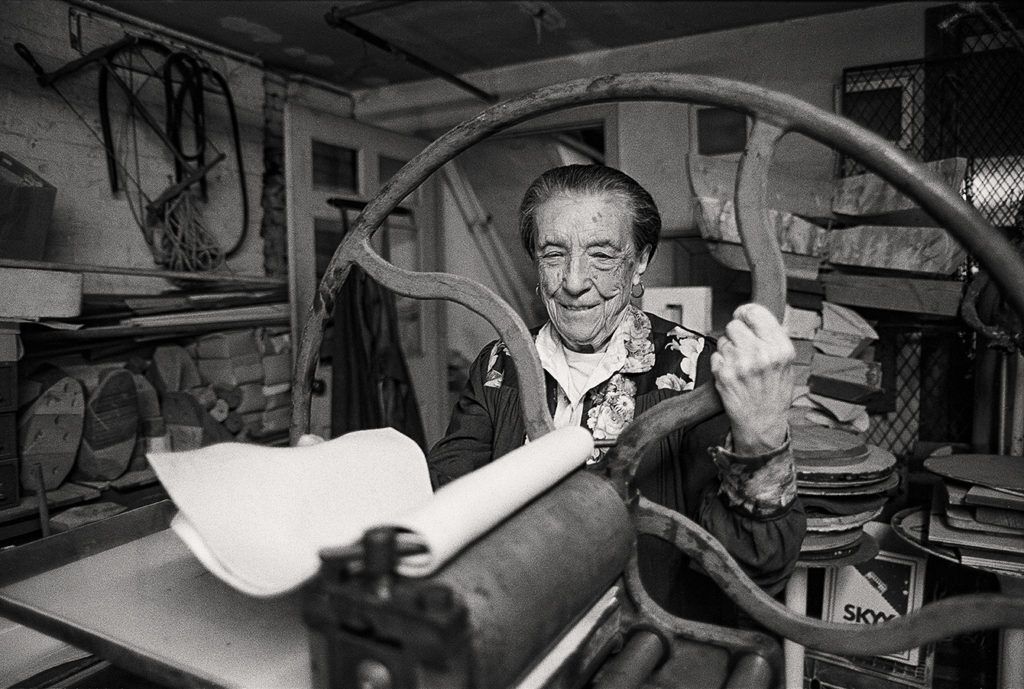 ANATOMY – THE MAKING OF A PRINT PORTFOLIO
by Peter Blum, April 2020

I started publishing editions, mainly in the form of print portfolios and limited edition books, in 1980. Already for several years I had been deeply touched by the powerful and personal sculptures and drawings by Louise Bourgeois. In 1988, I had the opportunity to meet Louise and I did not hesitate to ask if she would be willing to have me publish a print portfolio with her. She accepted and started to work on a group of drawings and sketches which became the basis for the portfolio ANATOMY with 11 intaglio prints and 1 multiple object, which, like all other portfolios I published, were to be assembled in a box, specifically designed for each particular project.

But I am getting ahead of myself. The road to accomplish this project had some unexpected surprises and obstacles, which I could not have foreseen, and had their roots, like so much of Louise’s work in events from the distant past. As with all projects, I had to first decide, where and with which printer to print the edition. As I did not want to have my own print studio and did not want to work with the same printer on each project, I preferred to collaborate with different printers, who were not only technically accomplished but also had the personality which resonated with that of the artist. After all, the relationship of artist and printer was vital to a successful outcome. Geographical location was also of great importance, as some artists would, I felt, work better in the vicinity of their home, while others would be more stimulated in a very different surrounding, more secluded and away from the familiarity of their daily life. With Louise it was clear to me that the location was most accommodating near her home in New York. So she joined me to visit the print studio of Judith Solodkin on Broadway.

As we got into the elevator, I already sensed a certain tension coming from Louise, but decided to ignore it. Then as we entered the print studio, her nervousness increased. Judith Solodkin began showing Louise the studio, the print presses, and opening several drawers with projects she had done with other artists. Louise, known to have a sharp tongue (although always an honest one) as well as angry outbursts, suddenly erupted and in a loud voice proclaimed that she could not work here in a print studio and added that she wanted to leave immediately! Everyone was taken aback, Judith, her assistants, and myself. What was wrong? Why did she react in this agitated manner? After all, nothing had happened which seemed to warrant this outburst. However, at the same time there was no other choice than to follow Louise out the door. Obviously I was quite upset as I saw our whole project crumble.

Some days later, I visited Louise when it came to light that the reason for her strong emotional reaction in the print studio was provoked by her experience more than 40 years ago, when encouraged by her husband, she had agreed to do her first print project at Atelier 17, the studio of Stanley William Hayter, an artist and printmaker in New York. Female artists in the 1940s, and for many years before and after, were just not accepted or taken seriously, let alone recognized. It was the domain of the male artist. And there she was in a print studio surrounded by men, not only the printer Hayter, but also painters, who would spend quite a number of afternoons at Atelier 17. Seeing this petite and quiet woman working on copperplates, making representational, intricate, and peculiar images, provoked dismissive remarks from these male artists.

Louise was deeply wounded by this experience. She decided nevertheless to finish the plates of the portfolio, titled He Disappeared into Complete Silence (1947), and to never work in a print studio again! Well, the reason for her emotional outburst in the studio of Judith Solodkin 40 years later found its explanation: She just would not work in a print studio again. However, I did not want to give up. I had the idea, if Louise was not going to work in a print studio, we should bring the print studio to her. Together with her intimate friend and “right hand” Jerry Gorovoy, a small press was acquired and placed in her basement, turning it into a print studio, where Louise produced many prints in privacy and silence, and in close proximity to press and printer.

Many of these print projects were done in collaboration with the printers Felix Harlan and Carol Weaver. The couple became close friends with Louise, working with her for many years on her basement press. It was there that the portfolio ANATOMY, the first of 15 print projects I published with Louise, came to fruition. 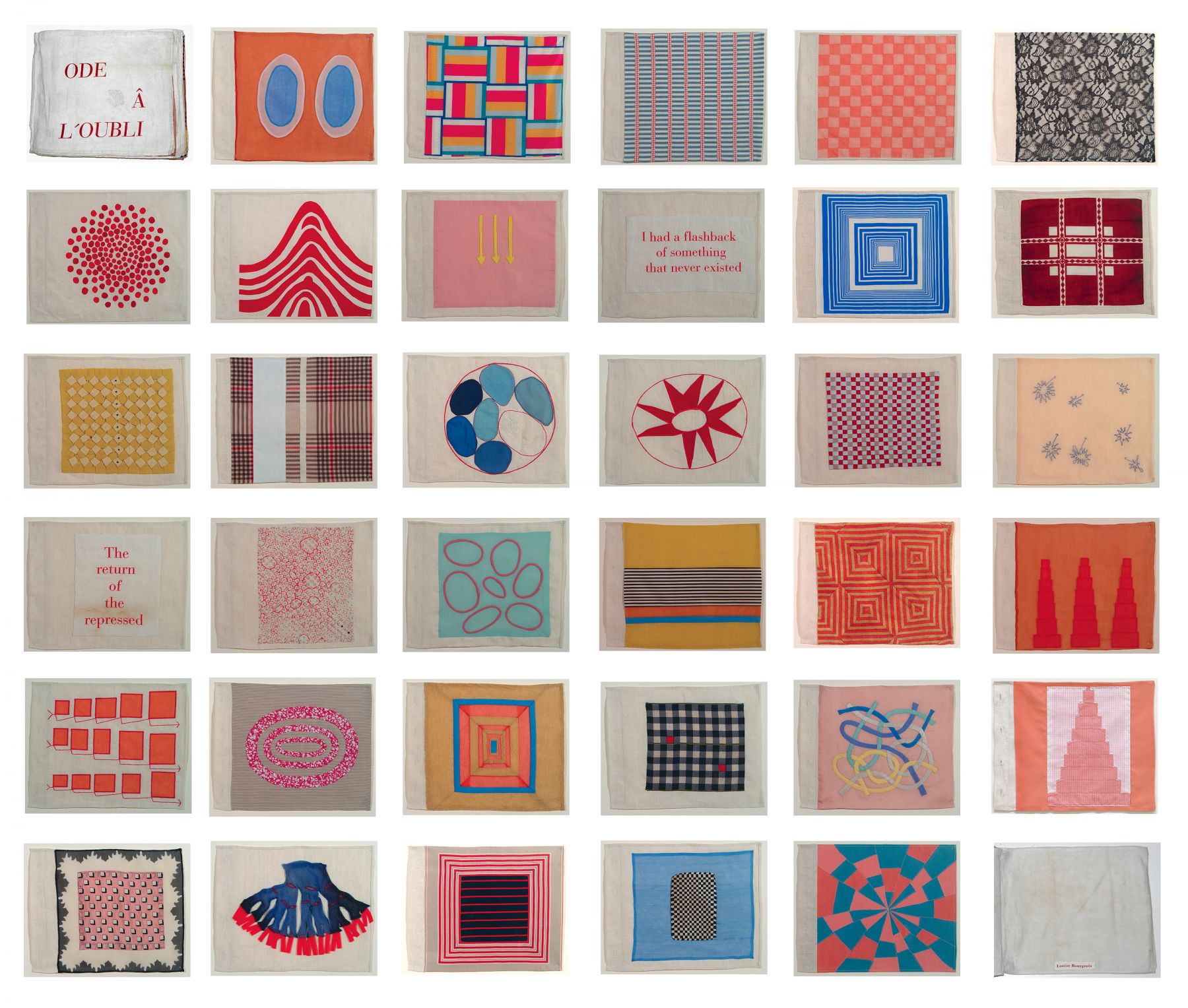 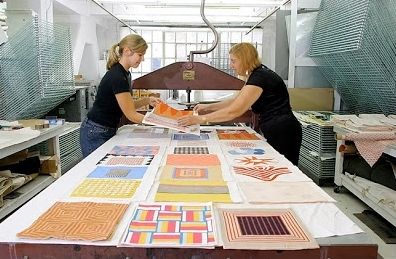 “…mountains of unusable clothes, buried under torn clothes. I cannot renounce the past. I cannot, do not want to forget. You can retell your life and remember you life by the shape, the weight, the color, the smell of the clothes in your closet.” 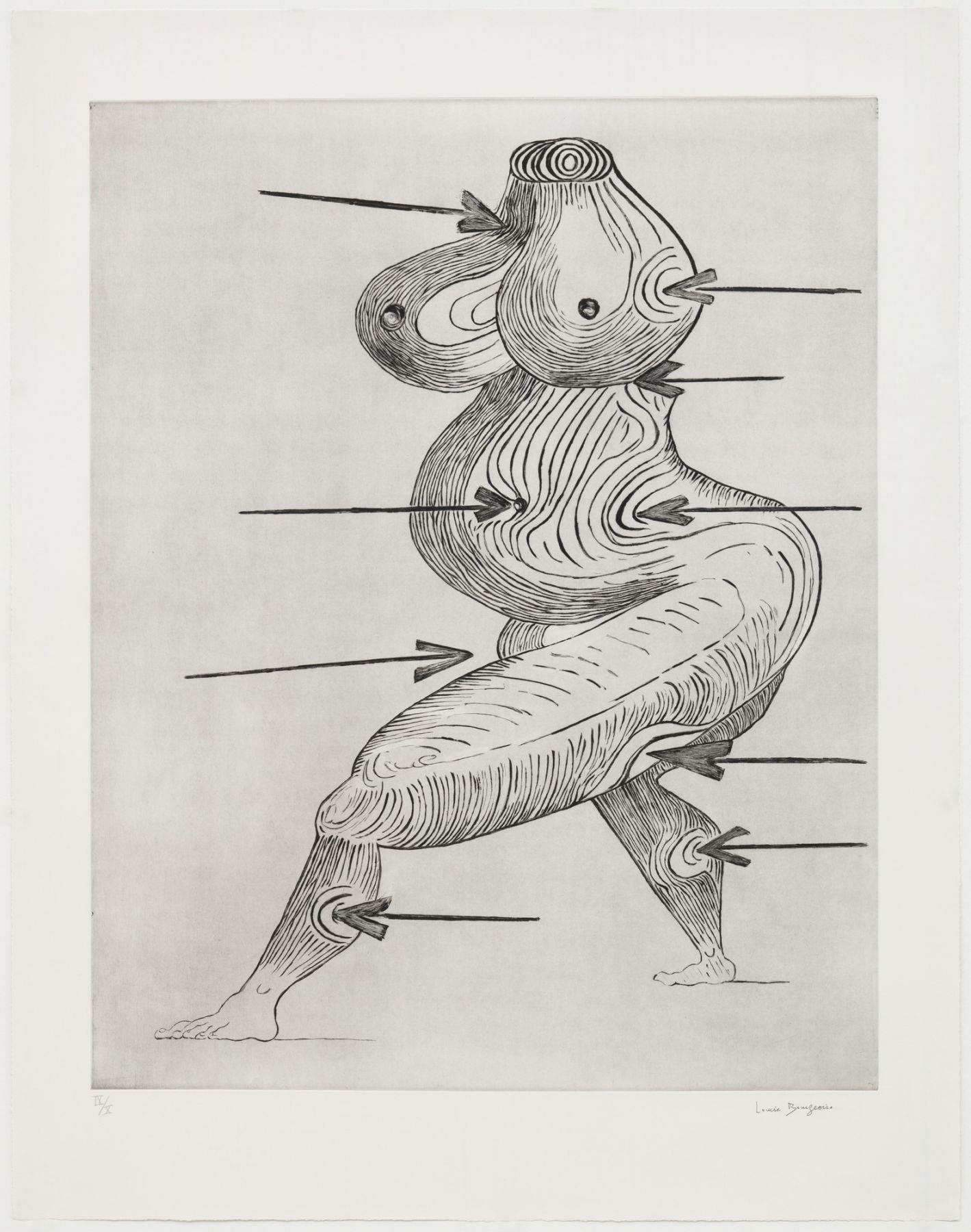 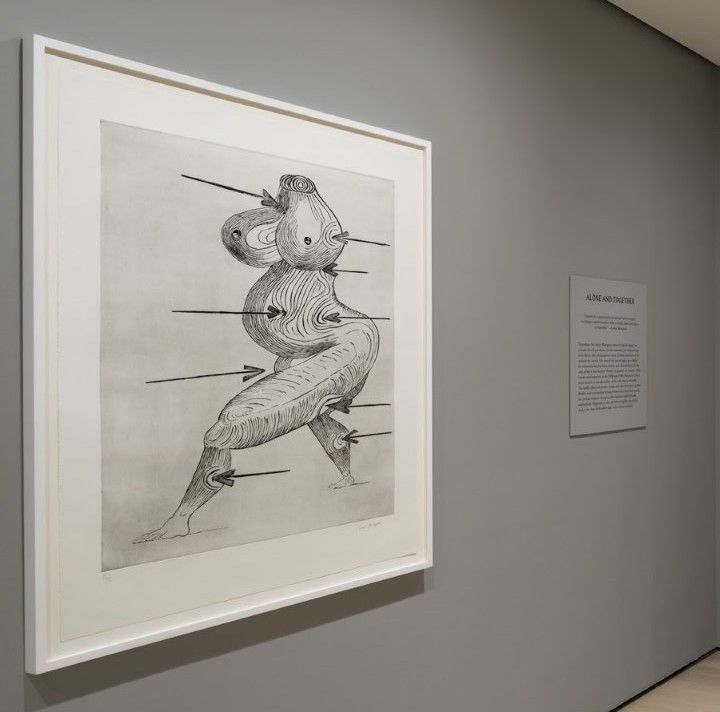 "First came the sweet face... and the mean cat face... then no face at all. Which will it be? No head at all! The arrows make her lose her head. This stage was chosen as the definitive one. The top looks like the section of a trunk... you see that it is a very fine tree.” 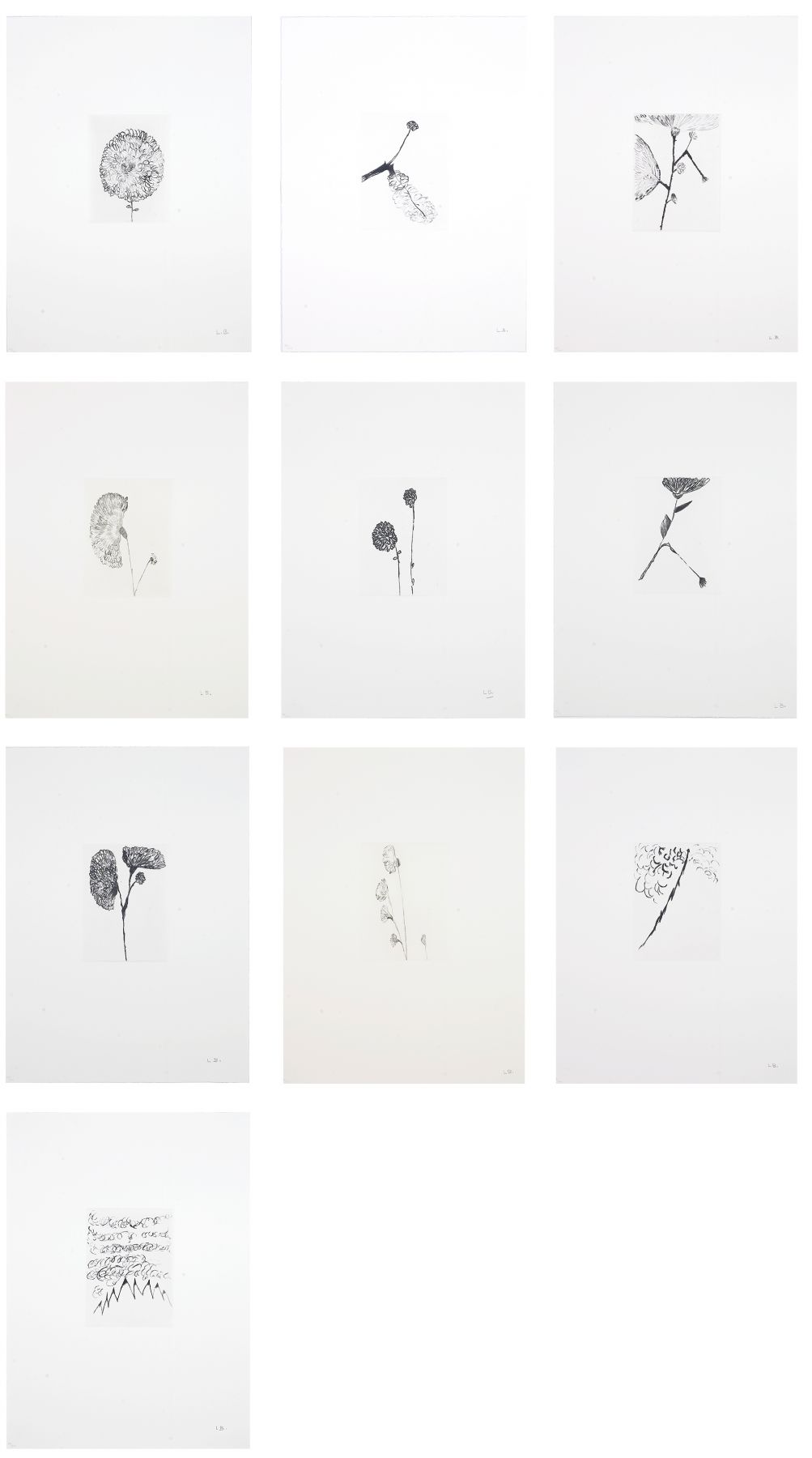 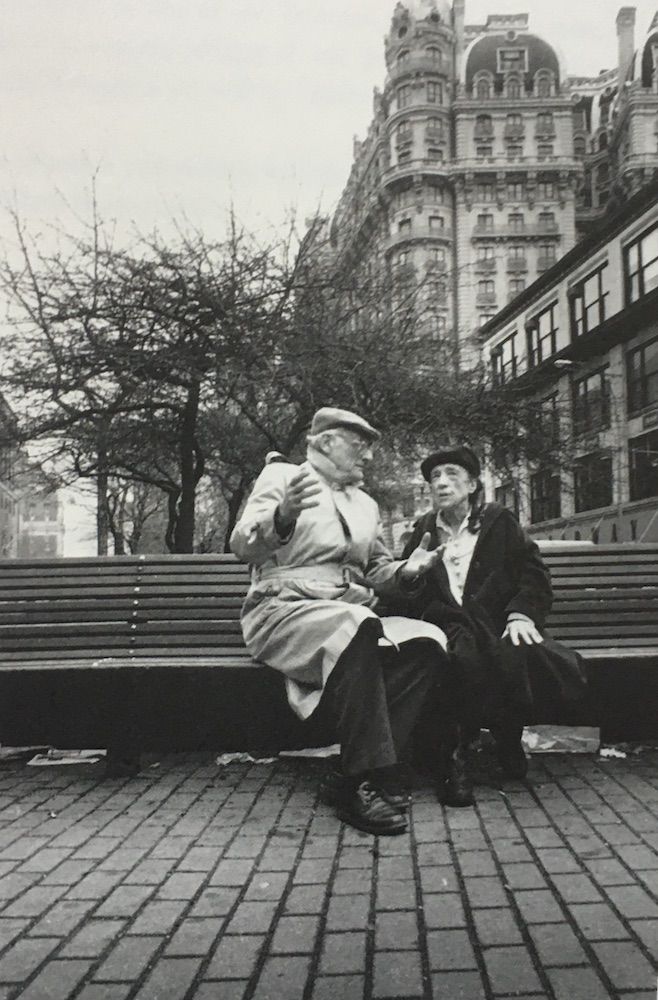 “While looking with Bourgeois at the book Portraits, a collection of photographs by Arthur Miller's wife Inge Morath that included a portrait of Bourgeois, I had the idea of bringing the author and the artist together. I proposed a collaborative project, which appealed to both. For Homely Girl, A Life, Bourgeois provided poignant illustrations that all respond to Miller’s short story of a romance between a girl and a blind man. In addition to the portfolio, Bourgeois used the same etchings for a limited edition book that includes the text by Miller.” 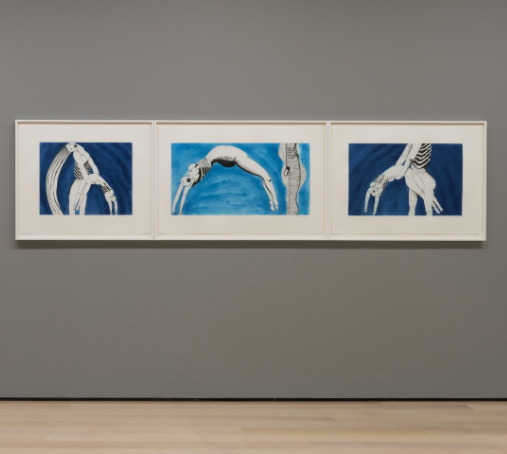 -Louise Bourgeois on Triptych for the Red Room 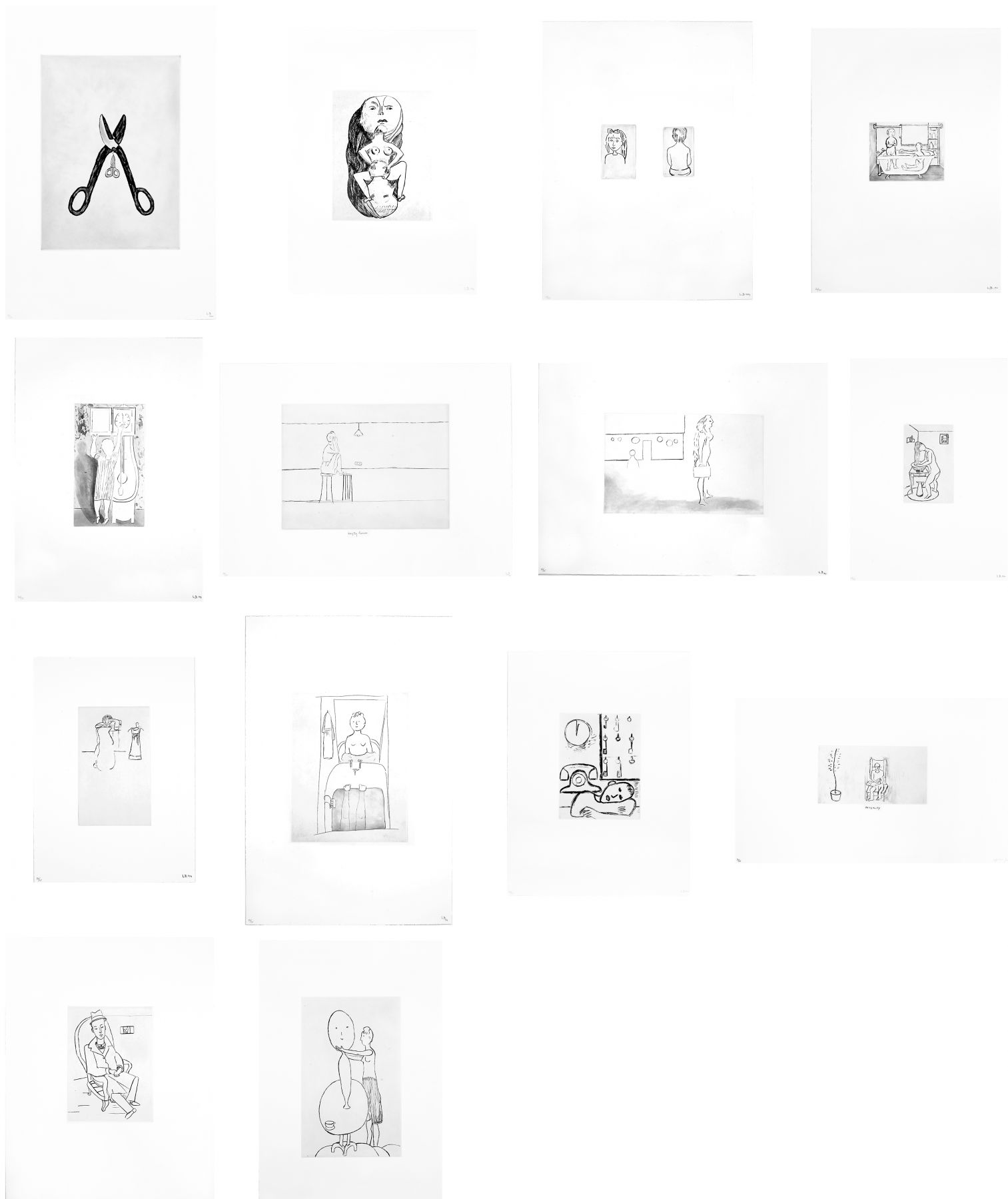 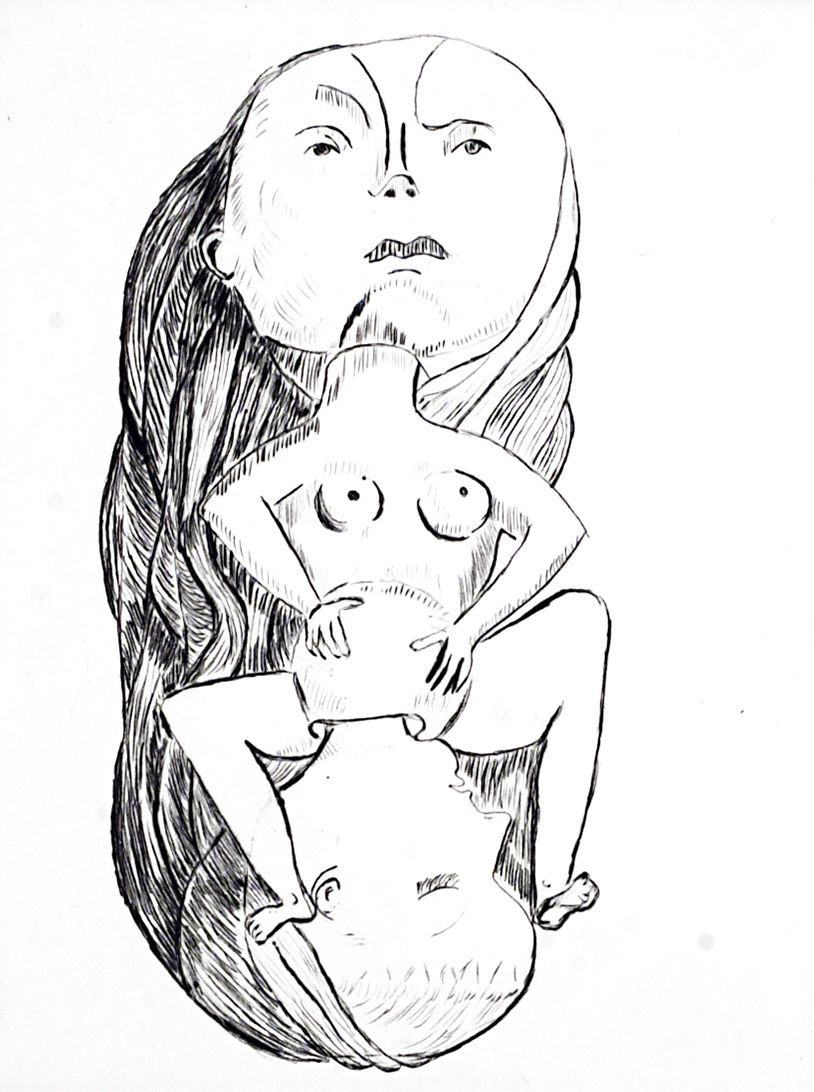 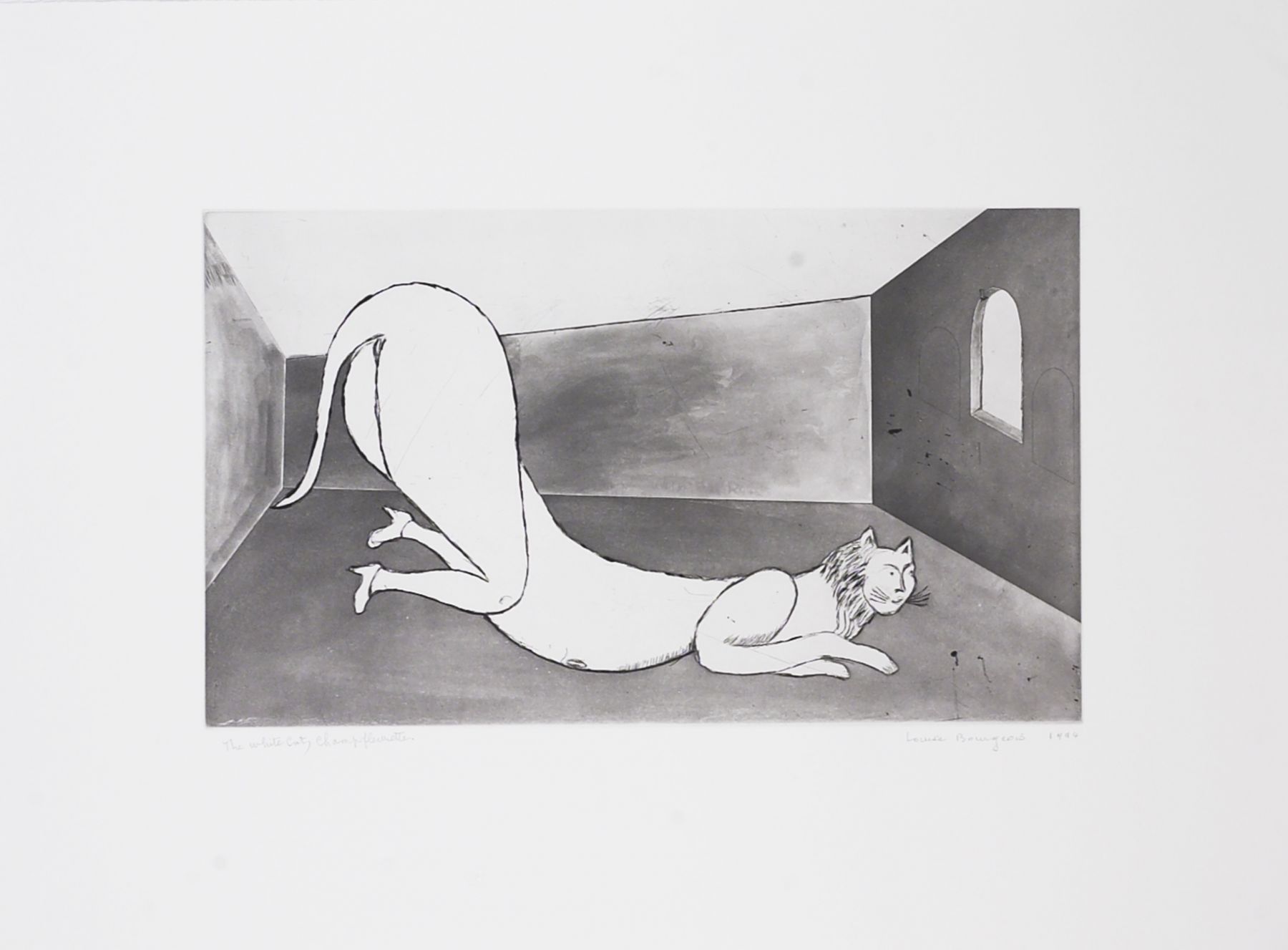 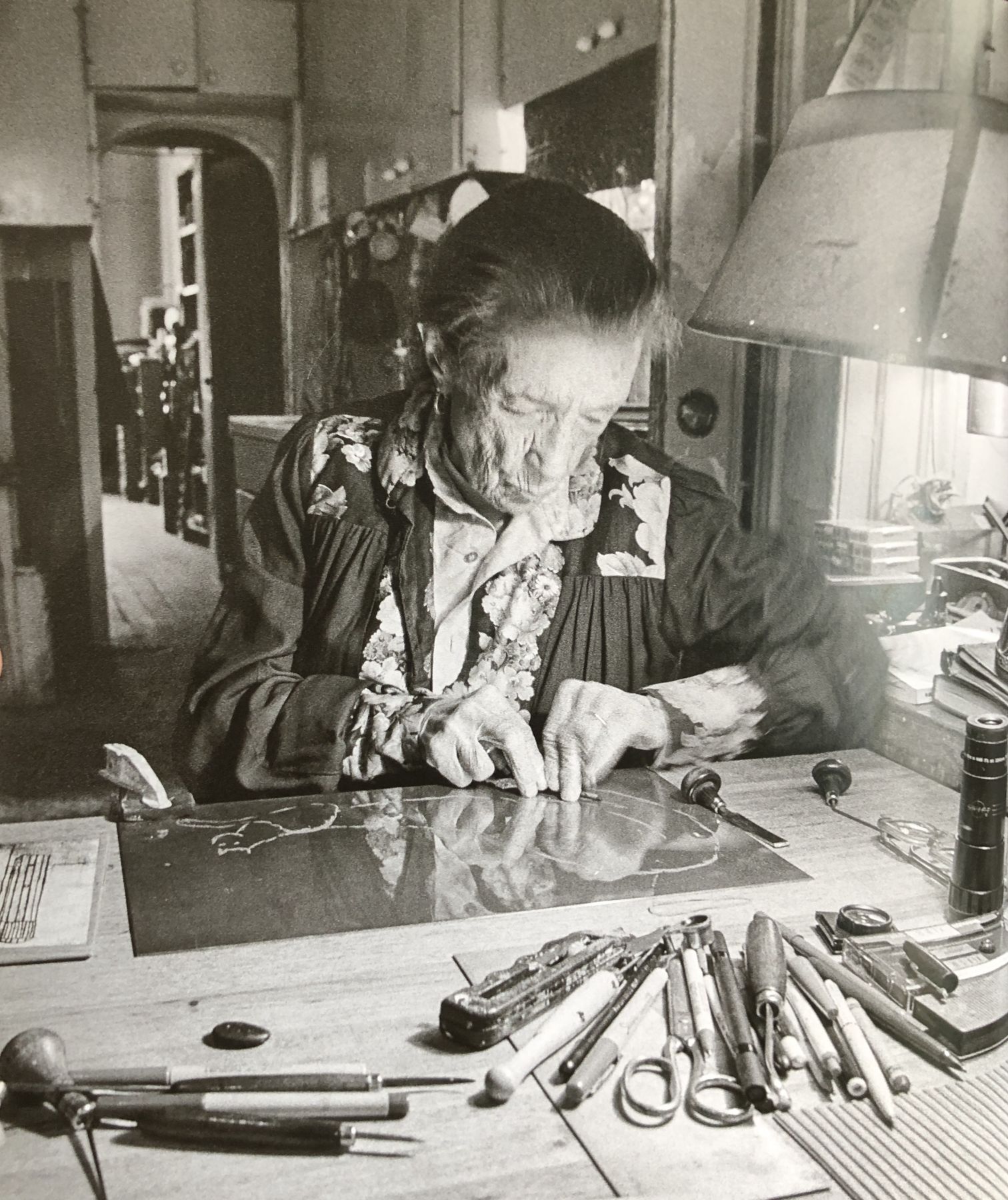 Louise Bourgeois working on a plate for Champfleurette, the White Cat (1994) at her home/studio on West 20th Street, New York, 1994.
Photo by Mathias Johansson.

"This is a subject which is recurrent. There is a kind of disassociation between what the girl thinks... that is, what she wishes... and what she appears to be. What she wishes is to be a goody-goody... but the document reveals that her deeper mind is on something completely different! What you are and what you are not are intertwined.” 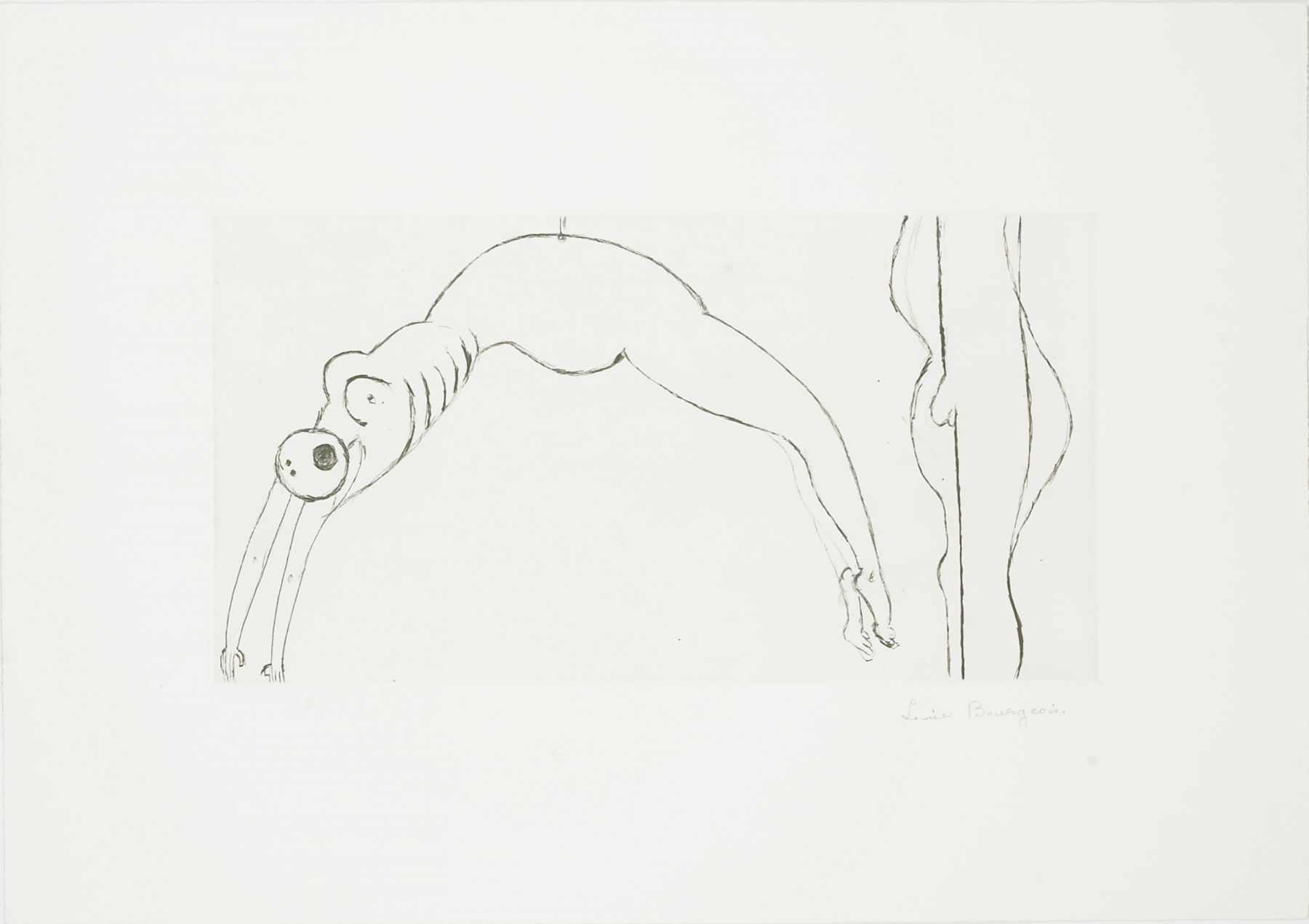 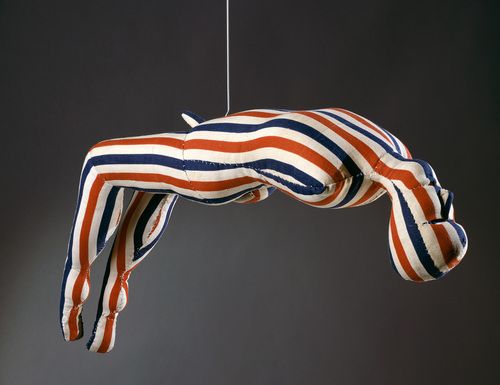 "You can tell by the mouth... she is obviously hysterical. This is the child threatening to commit suicide. The couple is at the right. It is called, 'You better shape up because I can't take it anymore.' ... But, in defense of the parent... talking as a parent... you must let the chips fall where they may. If you do things to the best of your ability, you cannot be responsible... your intentions were good." 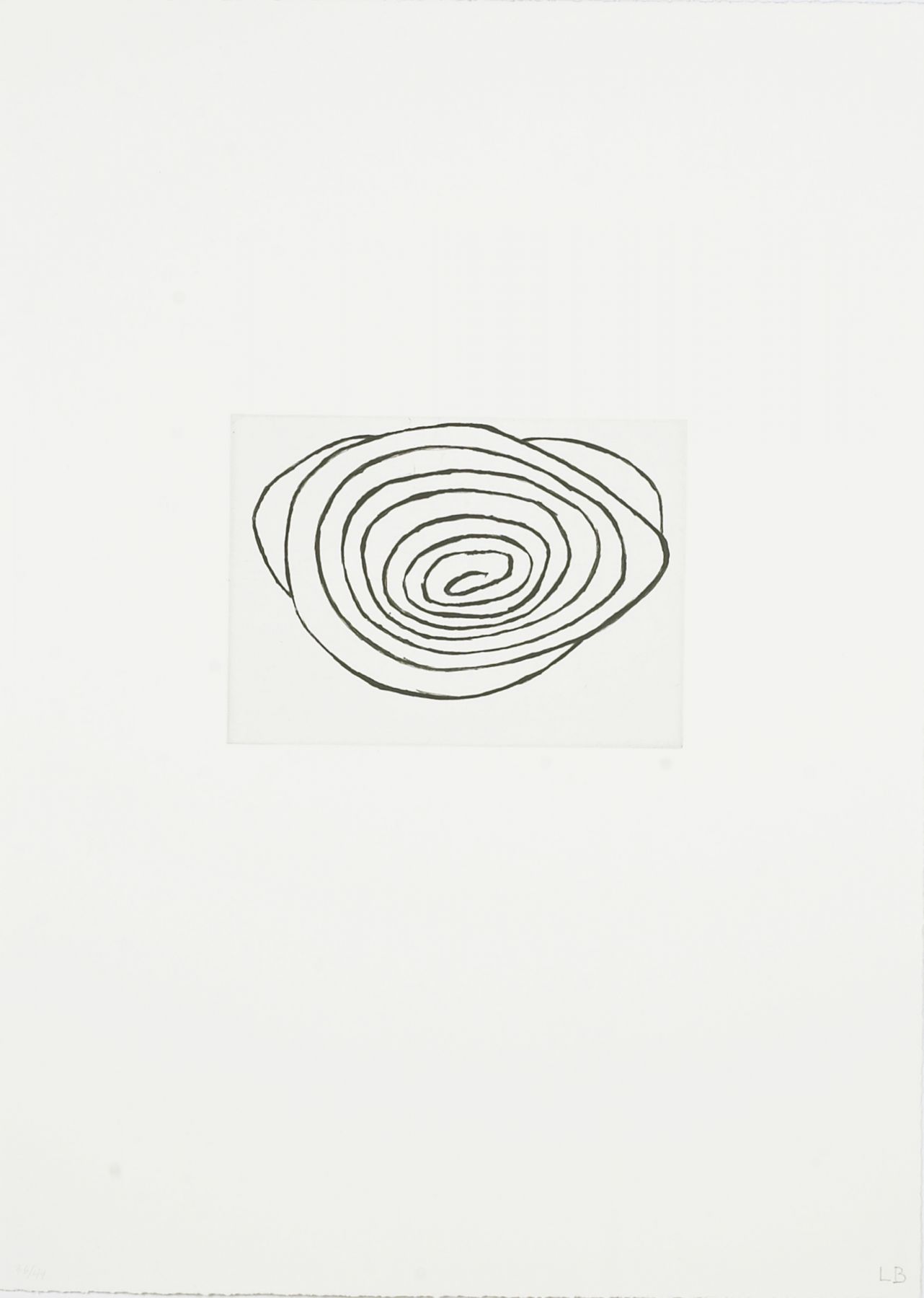 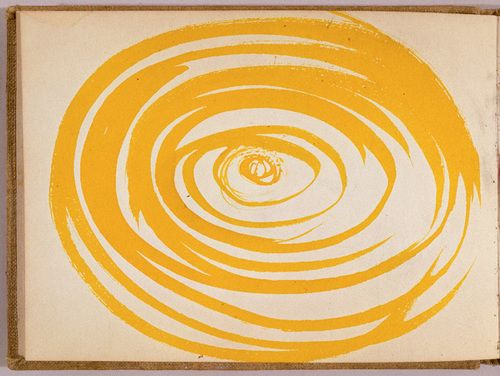 "You can fool with your spirals... you can have fun with them. The spiral becomes your friend. You can hide something inside.”

-Louise Bourgeois on To Hide 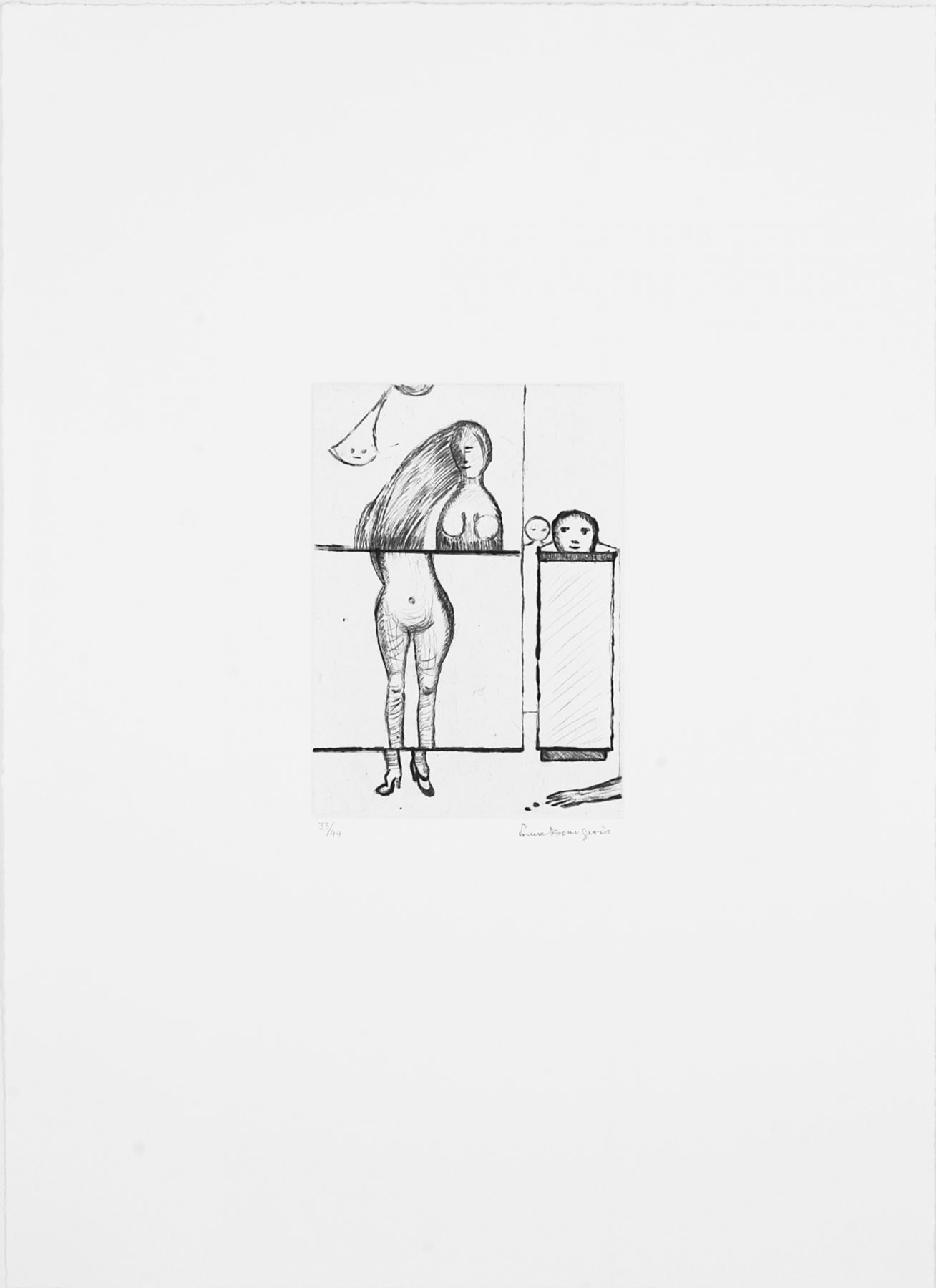 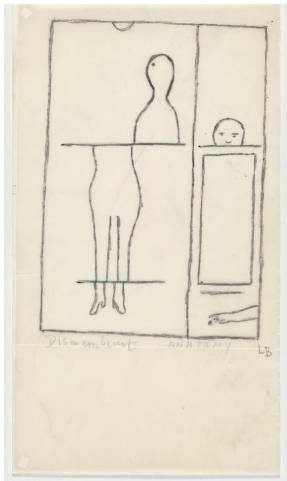 "This is a self-portrait as a helpless, defenseless woman. She has no arms... she is like the harmless women in sculpture. The protecting hand has been cut off. Maybe women are just poor creatures... there is always the fear of being inadequate... of not being able to take care of oneself. It is a permanent feeling. There is the need to defend oneself... then she would be afraid for the children. I always felt that I could not defend myself because I could not understand what motivates people... I still feel that way." 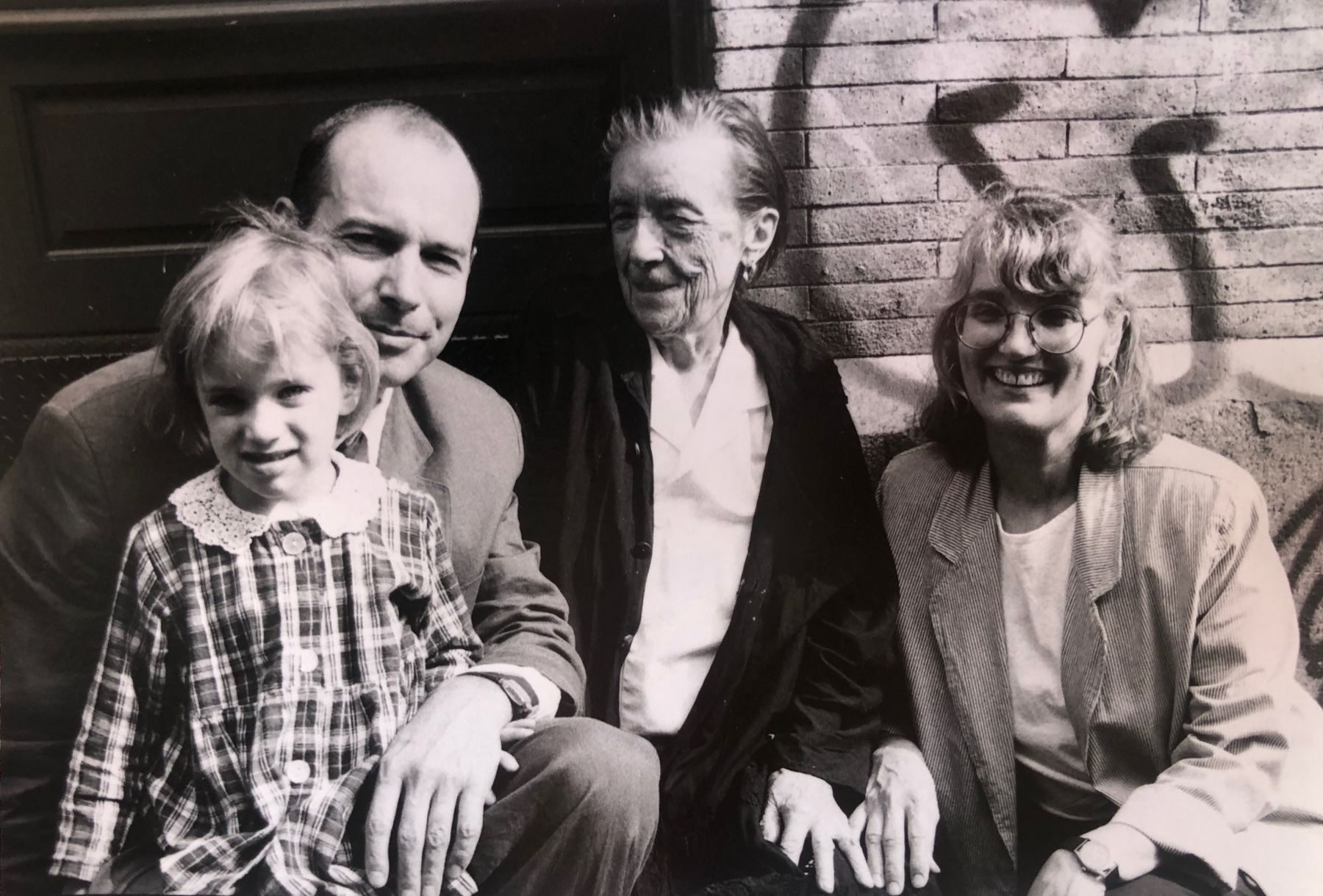 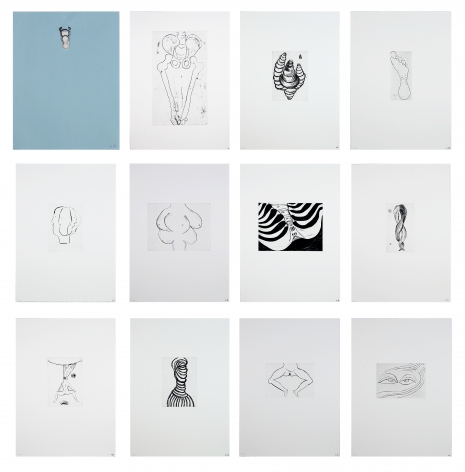 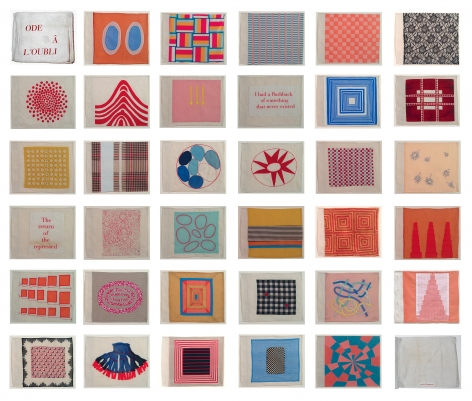 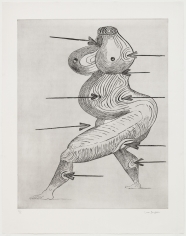 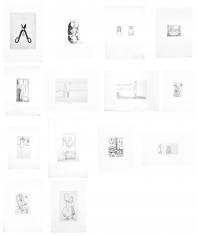 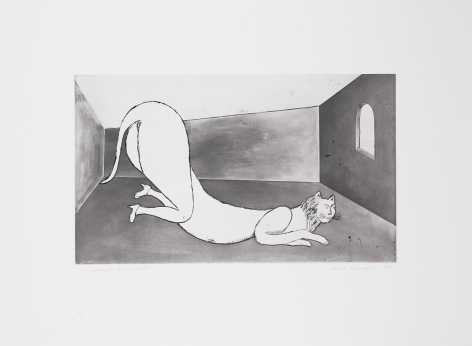 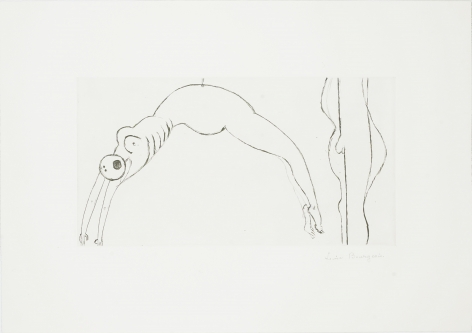 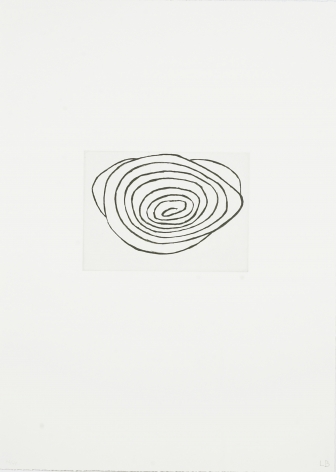 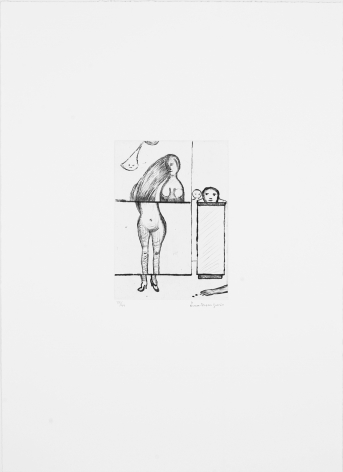 Inquire
Factsheets PDF
Click Here for a PDF of Factsheets